"Europe: what a Passion!" can't be described without focusing on its extraordinary lead singer: Paolo Barillari, a unique performer in the Italian musical theater, capable of spacing from Portuguese to Polish, from Romanian to German (beyond, of course, Italian, English, French, Spanish...) and giving vibrant performances of pop, rock, melodic or disco songs from Marlene Dietrich to the O-Zone or from Luigi Tenco to Freddie Mercury.

But who is Paolo Barillari outside the scenes of "Europe: what a Passion!"?

Here are some of the roles he performed in italian Musicals and theatre shows: 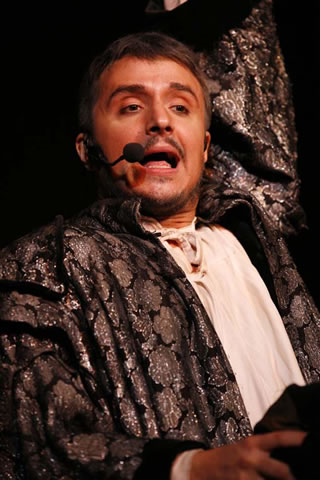 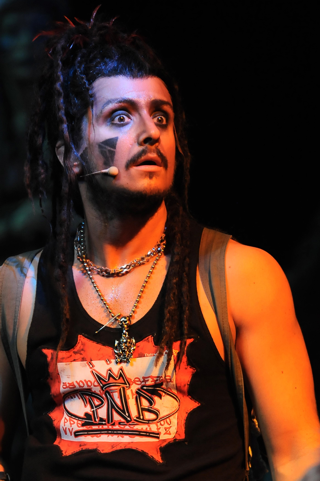 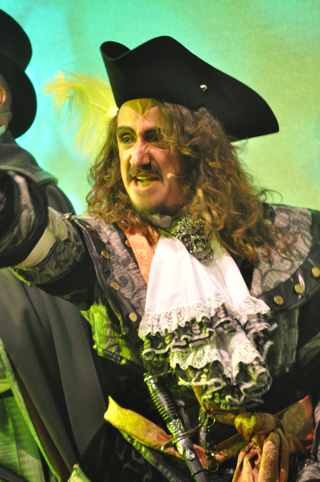 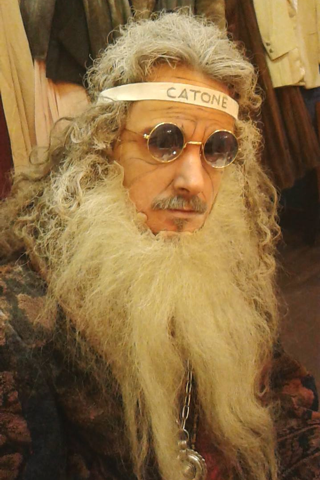 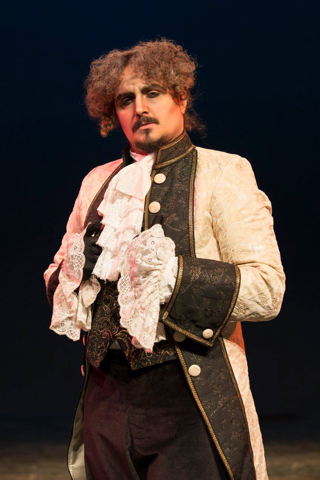 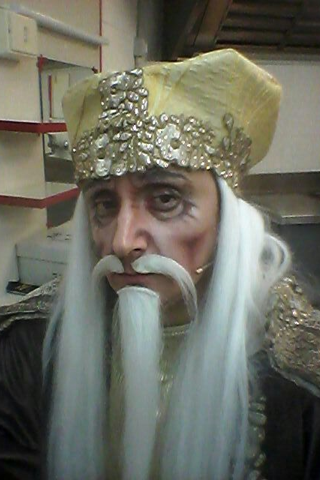 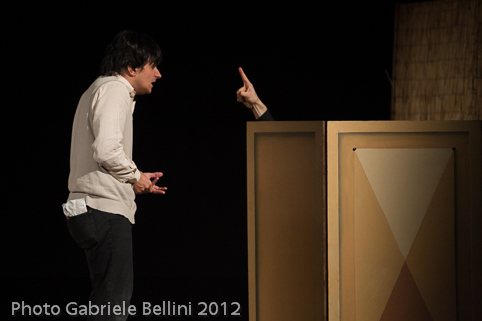 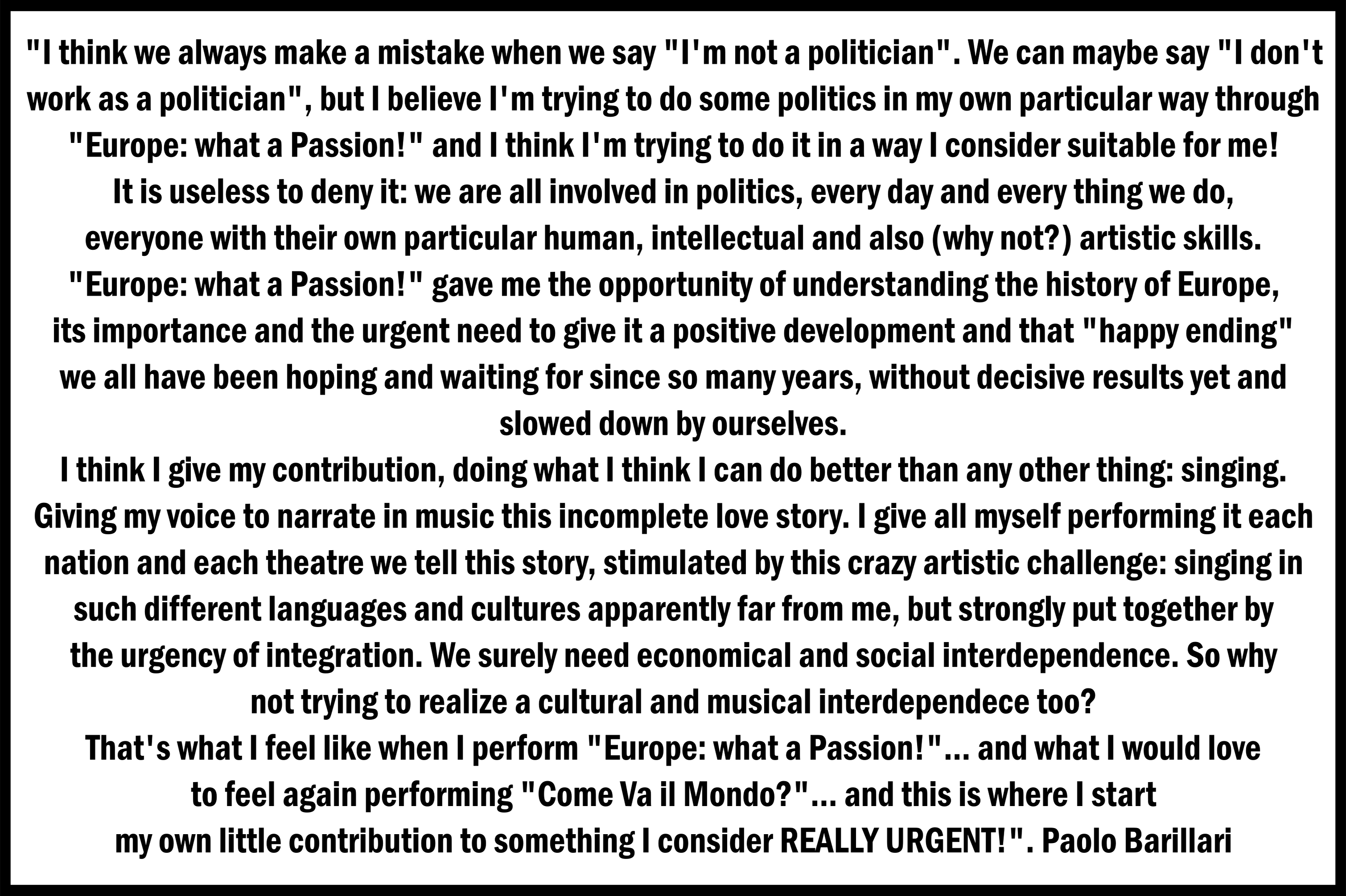 But Paolo is also author, composer and songwriter.

A curiosity: he is one of the authors of the official song of the Inter Footbal Club, "Pazza Inter". He also wrote many songs of the Italian Musicals "Rapunzel" and "La regina di Ghiaccio Turandot" where he also plays prominent roles under the direction of Maurizio Colombi.

Starting from Autumn 2018 Paolo will also interpret one of the leading roles in “We Will Rock You – The Musical” by The Queen and Ben Elton.

But the most important inspiration of Paolo Barillari's work as an author and performer has to be searched elsewhere: Giorgio Gaber, Enzo Jannacci, Fabrizio De André and other great Italian songwriters of the twentieth century who dedicated their whole life to unite artistic creativity and civil engagement.

This is not just a mere tribute, but a font of inspiration that has led him to write a large number of songs - including Sara Spara one of the songs of "Europe: what a Passion!" - and the musical Diglielo a Tutti! (2015) that he also directed.

On 2014 he has been one of the eight winners of “Area Sanremo”, one of the most important Italian contests for singers and songwriters. 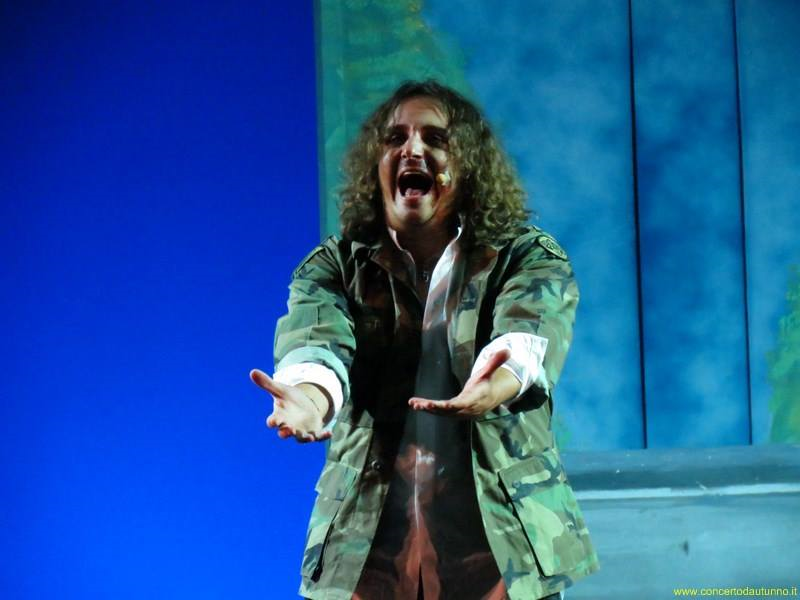 Among all these activities, Paolo never forgets (when the schedule of shows allows him) to give himself to his singing students, trying to transmit them, along with his technical skills, his great passion for music and theater.